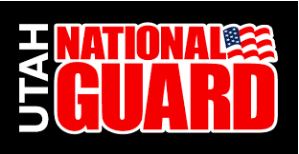 HERRIMAN — A dispute that flared up between some contractors and the Utah National Guard may be partly explained by the existence of two types of companies working to clean up the aftermath of the Herriman fire.

Officials of certified disaster restoration companies say they’re being unfairly portrayed as dishonest price-gougers when all they’re doing is following a nationally accepted system. They draw a contrast between their companies and many of those that jumped into the fire cleanup business two weeks ago.

The National Guard eagerly paid cash for cleanup claims the first few days. But when prices for cleaning and restoration started going up, the Guard chose the first three days as a baseline of fair prices.

“By following that baseline, we’re not only able to compensate the homeowner appropriately, according to what the local standard is, but we’re also safeguarding the taxpayers’ dollar,” says Col. Hank McIntire, spokesman for the Utah National Guard.

David Mefford is a certified restoration contractor with the Utah Flood and Fire Network. He says Herriman’s neighborhoods filled up those first few days with inexperienced companies.

“Carpet cleaners, duct cleaners, unemployed contractors who were trying to make money,” Mefford said. “And they grabbed people they knew — their wife and their sister, people in their ward — to come in and clean the houses.”

He says certified restorers’ prices tend to be higher because they know what has to be done to get out the smoke and ash. “If you do it wrong, you can embed it in there. You’ll not remove it,” Mefford said. “Everybody will think you did a good job, but the smell or odor — cleanliness won’t be there.”

But he said the National Guard won’t pay for the more thorough, professional restoration jobs. “We’re giving the normal prices that we do every single day for this type of work and getting ridiculed for it and being told that it’s too high, because other people are doing it for less.”

To estimate the cost of a job, most certified restorers use software produced by Xactware in Orem. The system is used for 80 percent of home restoration claims in the United States. The Xactware system is also used in Canada and the United Kingdom.

To begin, the contractor enters home measurements into a computer which the software uses to calculate the square footage of all surfaces, such as walls that may need to be washed or carpeting that needs to be replaced.

“So if you’re cleaning or replacing baseboard or crown molding, it automatically knows the measurements of those,” explained Mike Fulton, assistant vice president of Xactware.

The contractor then chooses from 13,000 cleanup and repair tasks. The tasks can be dropped into a graphical display of the house, with each task assigned to entire rooms or just to portions of walls or rooms. As Fulton demonstrated the assignment of a cleaning task to a bedroom in the computer, he said, “You can see that it’s creating a total for the estimate as I go.”

The software showed the total cost in the estimate changing as Fulton assigned more and more tasks to the hypothetical cleanup project in his demonstration.

Xactware’s suggested fair prices used in the software are adjusted regularly, based on the company’s review of 10,000 claims a day that come in electronically from insurance adjustors and restoration contractors. The price for each task is calculated by Xactware for each local market.

“We hope that it’s a fair price, because it’s the mid-point of the market,” Fulton said.

Xactware’s system is accepted by insurance companies but not by the National Guard. “The baseline that we’ve established is in accordance with the cost of living here in Utah, rather than taking into account what is being paid in Florida or California,” McIntire said.

The cleaning companies insist their prices are based on local standards because Xactware tailors its published prices to 437 local markets. Mefford says the National Guard’s unwillingness to pay prevailing rates for quality restoration work is the main reason certified restorers are dropping out of the Herriman cleanup.

“We’ve decided that we’re not going to take on any new jobs out there unless they’re being paid for by the insurance company,” Mefford said.

McIntire said the National Guard determined its own baseline of fairness and is sticking with it. “This is the first time that we’ve been involved in this process. And so, as we have determined the baseline, that’s what we’ve chosen to follow.”

“If Col. McIntire burned a roast in his oven tomorrow,” Mefford said, and if the Utah Flood and Fire Network “went out to clean up the smoke, we would use the exact same program, protocol and price list we are using in Herriman today, and with the same results — a satisfied customer.”

For comments to the author, e-mail: hollenhorst@desnews.com Posted with permission.