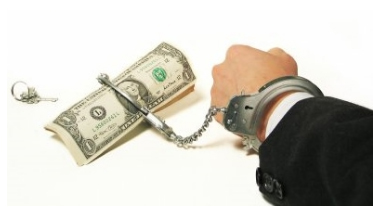 IS IT ETHICAL TO WAIVE THE DEDUCTIBLE?

This is an example of a recent email I received… (I’ve omitted the sender and company details to protect the innocent)  The email offered the following:

Is it legal? Is it ethical? How do insurance agents and adjusters feel about it?

I think you will be surprised at the conclusion… do you agree?

In about 30 days there were 132 comments, on a LinkedIn post that I presented, many of them quite lengthy.   Below are just a few of the comments (some angry, some defensive, a few logical) posted by contractors, attorneys, and adjusters:

Independent Insurance Adjuster: I am both an independent insurance agent and licensed independent insurance adjuster. The practice of “waiving” the deductible has been common practice with contractors for years. It is not illegal nor do I view it as unethical. Unless the contractor and agent (or adjuster) are working together and giving some sort of kickback to that agent or adjuster. Most reputable contractors “absorb” (more appropriate term) the deductible by reducing their amount of profit and call it advertising. This does not cost the insurance company nor does it adversely affect the consumer. The only party giving something up is the contractor.

Another Independent Adjuster:  Mr. XYZ, I would beg to differ as to the impact on an insurer and the insured. If the contractor chooses to work for less, that is a decision he makes – but the discount should be given to the person paying the bill – namely, the insurer.

If there is that much profit to cover the deductible, then the estimate was not written based upon the actual net repair costs, plus overhead and profit. It was written with the intent to deceive an insurer. That sir is fraud.

Yet Another Adjuster: I would have to agree with Mr. XYZ, the Contractor is the only one losing money on this transaction. I do not believe the estimate is written wrong because the contractor has no say in this, typically. The adjuster is writing the estimate based on the carrier approved estimating software…   If a department store offers a discount no one accuses them of charging too much on their regular retail prices. The contractor is simply trying to get an edge to get customers in the door, just like coupons do. Times are tough and the business is cutthroat some profit is better than no profit. It’s just business, not unethical.

Insurance Professional: I have to agree with ‘attorney’, again because the intent of the policy is for the insured to incur the initial cost of anything below the amount of the deductible. Any policy that I have read is very clear on this fact, therefore when a contractor or adjuster arranges circumstances to save the insured the expense of the deductible, they are by definition helping the insured ‘defraud’ the insuring agreement they agreed to honor

As ‘attorney’ pointed out earlier the contractor is not a party to the insuring agreement and therefore has no authority to amend its stipulations, however, they may become a party to the ‘deception’ that is being made to the insurer and there could be consequences for that.
Specialized Large Loss Adjuster: Most contractors and adjusters I know are honorable people who take pride in their work and would not knowingly take part in a deal that even had the appearance of impropriety. We all like to see ourselves as people of character. Unfortunately, when we are faced with a criticism that does not comport with our view of ourselves, sometimes, we defend or rationalize our behavior. So here we have a discussion about whether it is appropriate for a contractor to make a deal with the ins

Generally, for any first party property loss, the insured agrees to pay for some portion of the loss (the deductible) and the insurer pays for any amount above the insured’s deductible. The contractor is not a party to the insurance contract and its provisions do not concern him. The contractor seeks to repair the insured’s damaged property in exchange for compensation. The amount charged is dependent on the scope of the repair, not the source of the funds to pay the contractor’s bill. Whether the customer is insured, uninsured or has a rich uncle to pay the bill is irrelevant. The insurer is the only party that can waive a deductible under an insurance policy. Any insured or contractor who acts to allow the insured to avoid the deductible, without the insurer’s permission, is knowingly misrepresenting material facts to the detriment of the insurer. This is the very definition of fraud. This is not a grey area.

Arguing that the insurance company knows what is happening is a rationalization. It is like saying you are not speeding unless you actually get a ticket. The argument that the insured is not obligated to make the specific repair the settlement was based on is a non sequitur.

Attorney:  The insured promises, by the contract, to pay a portion of any loss as part of the consideration for the contract of insurance. If a contractor conspires with the insured to avoid that part of his agreement without a concurrent reduction equal in value to the deductible, in the services provided he is deceiving his insurer with the assistance of the contractor. In that regard, the insured usually submits a sworn statement in proof of loss that swears under oath to the amount of loss, less the deductible, and the amount of claim.

Here in California it is a felony to: “5) Knowingly prepare, make, or subscribe any writing, with the intent to present or use it, or to allow it to be presented, in support of any false or fraudulent claim.” [California Penal Code Section 550.]  One cannot be just a little fraudulent any more than one can be a little dead.

Disaster Restoration Contractor:  We do not wish to waive any deductibles, but we are looking for a way to finance the deductible over a couple of installments. We have lost 10 jobs in the last week and a half because the owners didn’t have the money for their deductible.  Does anyone have a good resource for financing the deductible?

Pennsylvania Disaster Contractor: Anytime we offer a discount it is against our bottom line. We don’t write the estimate any higher to produce a desired result. Many times we don’t write the estimate at all and are presented with an amount from the insured that the adjuster wrote. If we choose to work for the amount the adjuster wrote (less the deductible), how is that fraud?
Public Adjuster: No one has mentioned “how we pay for a loss” provision in the policy under how we pay for a loss. (For RCV) Generally, they state that you will receive RCV less depreciation (ACV) until the repairs are complete where you then will receive the depreciation withheld, very similar to a rebate system. This is where fraud would come from. Not from “waiving a deductible” If you misrepresent that work was completed that was not you are committing fraud. Usually, one is required to show receipts or inspections are completed to show that the proper work was done. This usually discourages those attempts to misrepresent and if you do not complete the work as scoped by whomever, you do not get the replacement cost benefits.

I don’t believe it would come from not “paying” a deductible, The insurer is required to pay a sum of money equal to damage done, less deductible, or pay a sum of money equal to the loss of value(fair market value immediately before the loss less fair market value immediately after the loss). In the second scenario there’s no scope at all it is more or less a real estate appraisal, but in any event, once those insurance dollars are in the insureds’ hands it is the insureds’ discretion as to how they are spent.

Generally, contractors who send out guys to solicit business earn commissions whether its a fire or hail damage, and those commissions can be 10% or more, So the work is already being completed for less than what they scoped price is anyway. You should know that the amount of profits being made by the contractors are much greater than what Xactimate calculates, and because of that giving a customer a $1,000 deal or waiving a deductible is not only reasonable but a good business move by a contractor who is trying to attract more business. If you run the numbers it does not make since to do this though, and if It were me and my company I would never waive any deductible. If you want a real answer you should write your states Attorney General.

An Arizona Restoration Contractor: In my experience, it is not ethical to waive any amount of the claim, now if the insured assisted in the claim they should be compensated, we tend to ignore this in the estimating process. Waive your profit not deductibles

A Construction Contractor:  This is an issue that has come to the forefront because over the last several years because we are seeing more and more claims with % deductibles. 5% 10% and more and more. We had one recently with a $25,000 deductible.
We do not inflate our scope to cover the deductible, whether or not it is $250 or $25,000. I believe that would be fraud. The scope of work is the scope of work.
We offer credit card swipe, or we will do jobs where we will allow monthly payments towards the deductible, but they must agree to a credit check.   Bad credit, no deal.
You may lose business – but bad business is worse than no business.

Chief Operating Officer – of a National Restoration Company: I believe the issue that Mr. Wagner is trying to emphasize is the sliding scale that he posted in his original message.

If there is a sliding scale in place for how a contractor will discount your deductible or absorb your deductible, it gives at least the illusion that someone is possibly inflating the value of the claim. 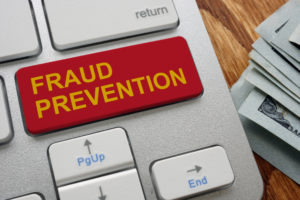 Again, this creates an element of trust and cooperation between the contractor and carrier, if full disclosure is given from the very beginning.

Ask Dick Wagner (Blog Author):  Thanks to everyone who commented on this subject. When I posted this discussion I was concerned about the possibility of potential ethical or illegal actions regarding the deductible. The comments provided haven’t changed my personal opinion, but there are some very great points from knowledgeable people and it is apparent that like so many things in life, there are gray areas and not always is the answer straightforward. However, no one should “give away” the deductible just to get work. It is a poor precedent at best, and SKILLED marketing and sales staff will succeed by getting the job – and the deductible. There are excellent sales and marketing courses in the industry to teach professionals how to get referrals and work.  One parting thought…  restoration contractors and public adjusters thought it was OK for the most part, and most of the adjusters and attorneys thought it was illegal.

So, Is it ethical or legal for a contractor to ‘waive’ the deductible? 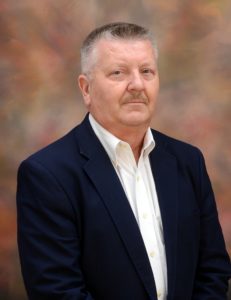 Dick Wagner is a Disaster Restoration and Commercial Marketing Consultant.   419-202-6745